Think for Yourself: Why Being a Conformist in Life is Dangerous “Humanity’s most valuable assets have been the non-conformists. Were it not for the non-conformists, he who refuses to be satisfied to go along with the continuance of things as they are, and insists upon attempting to find new ways of bettering things, the world would have known little progress, indeed.” – John Kenneth Galbraith

Are you a Republican because everyone else in your family is? Did you go to college because all your friends were going to college? What about your job? Did you become an accountant or lawyer because that was what was expected of you? What about religion? That’s a tricky one. Are you a Christian or a Muslim or a Hindu just because your parents were? Are you happy with those decisions?

Conformity is a process by which a person’s attitudes and beliefs become influenced by other people. It can be something that happens quite openly like peer pressure or it can be a more subtle influence that takes place over a number of years. The result is that you end up behaving like everybody else. That is why it is called being a sheep.

How sheep-like are you?

As you sit there reading this post you might think that you are pretty free, independent and that you don’t let other people’s beliefs influence you. You might be right. However, conformity can be extremely subtle and you might not notice how influenced you have become. Here are some ways in which you might conform without realizing:

What do you think? Are you a conformist in any way? I am betting that everyone here drives on the correct side of the road! And that is a good thing. You should continue to drive on the correct side of the road. That is a good type of conformity. Not all conformity is dangerous. But it does prove that you have, in some ways, become a conformist. Perhaps now you are open to the possibility that you conform in other more dangerous ways.

Why being a conformist is dangerous

Go on. Admit it. There are some things you do in life only because everyone else is doing it. Human beings are pack animals. They like to be in a group and they like to be like other people in that group. Being different is not seen as a good thing because it is threatening. And so we conform. We try to be like everyone else.

And here is why that is dangerous: because critical thinking goes out the window. Logic goes out the window. We don’t stop and think about what we are doing because everyone else is doing it. We forget to question whether it is right or wrong and we just follow the other sheep.

Take the example of religious extremists. These people have conformed to a particular ideal out of fear and they accept their cause based on blind faith. They do not analyze or use critical thought to come to a logical conclusion. This is extremely dangerous for society because these people are so open to negative influence. They will follow instructions without question and carry out horrible acts in the name of conformity.

Much religious sectarianism, racism, political hatred, violence and even war would be avoided if people would only think for themselves. I truly believe this.

Why being a conformist makes you unhappy 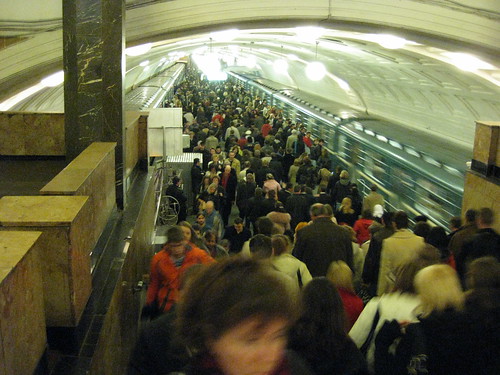 Now let’s take a look at something a little closer to home. I believe that one reason many people are unhappy in their day to day lives is because they have spent so many years conforming to an ideal that they don’t particularly agree with.

The classic example is a young kid who wants to be an artist or novelist but, at the instruction of his parents, goes to college instead to get a Degree in Law or Business. The kid has taken the so-called “right track” but has never really pursued anything that he is really interested in. He is conforming to his parent’s wishes.

We do this all the time. We conform to things because other people want us to. We are afraid to think for ourselves and we are afraid to be different. It is very sad. Instead of setting up our own business we get a 9 to 5. Instead of traveling the world after high school we go straight to college. We seem to live our whole lives in the gray area – the area that is neither here nor there but feels good because everyone else is doing it.

Why we need to think for ourselves

One of the most important things the Buddha ever said was this:

“As the wise test gold by burning, cutting and rubbing it, So, students, should you accept my words – after testing them, and not merely out of respect.” – the Buddha

He is introducing critical thinking into his religion. Here the Buddha is saying that it is not enough just to have faith in something because a priest or great person said so. You must use your own intelligence and critical analysis to decide for yourself if this great person is speaking something factual. It is a more scientific approach to life.

Do it before it is too late

There is a great song by John Mayer called No Such Thing and in that song he sings about how he is so happy that he just realized there is no such thing as “the real world”. He is so happy that he has just realized that he doesn’t have to take the “so-called right track” and he is free to blaze his own trail. There is one line in that song that always hits me hard. He says:

They love to tell you
Stay inside the lines
But something’s better
On the other side.”

– John Mayer, No Such Thing.

Start thinking for yourself today. Don’t wait till you are old and frail to realize that you have spent your entire life doing what everyone else wanted you to do. It is time to follow your passions. It is time to get out and make a difference in your life and in the lives of others. Question the world around you. Question your own life. And question why you do what you do.

Conforming never brought about anything but mediocrity and dangerous blind people.

23 thoughts on “Think for Yourself: Why Being a Conformist in Life is Dangerous”

How to Practice Mindfulness in Online Dating

Avoid These 5 Habits and Become a Happier Person

Breaking the Silence About Domestic Violence