13 Meditation Articles That Could Change Your Life 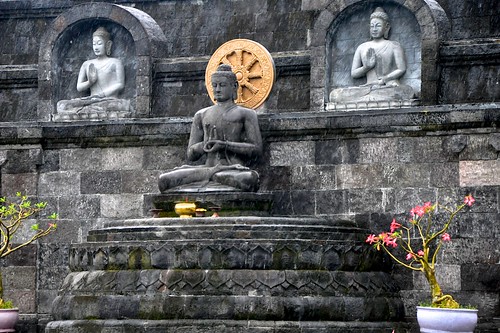 For thousands and thousands of years meditation has been helping people achieve good health, a long life and lasting happiness. But just as little as 200 years ago you had to travel to India, China or Japan to learn anything about this wonderful practice. Now, however, with the help of scientists and engineers we can study meditation on the internet and meet Tibetan lamas in our own towns! For those of you interested in meditation I have put together a list of 13 articles that could help you change your life.

Karmapa teaches a Buddhist text for lay people
At the Kagyu Monlam the 17th Karmapa taught a text called Nagajurna’s Letter to a Friend which is a letter that the author sent to his friend, the king. As such it has been a wonderful guide book for lay people who are interested in meditation and applying Buddhist philosophy to everyday life.

The science of meditation
Science is now becoming extremely interested in meditation as it has found evidence that simple ten minute sessions can help to combat anxiety even perhaps as much as some medications. This article from Psychology Today looks at some of these discoveries.

The world’s happiest man teaches us to meditate (video)
Remember the world’s happiest man from above? Well, we are in for a treat. In this video Mingyur Rinpoche takes us on a guided meditation that relaxes us and opens us up to our own awareness. It is just like being in the same room with him. Very exciting!

Compassion can change your brain
Here is an article from Science Daily which shows that meditating on compassion can actually change your brain and make you a more kind and empathetic person. These scientific studies are wonderful for people who might need a little “modern” evidence before giving meditation a try.

How to meditate, a talk for young people
This is a transcript of a teaching given by Chogyam Trungpa Rinpoche, one of the first people to take meditation and Buddhism to America. His teachings are extremely well adapted to westerns and as such a lot of people find his talks very alive and powerful. There is also a list of his other teachings here.

Tibetan masters from the 1960s
When China invaded Tibet the Tibetan people fled to India and there waiting for them was a documentary maker who captured footage of some of the greatest meditation masters of the day. In this extremely rare footage we see some of the ancient Tibetan practices being done in the traditional environment. These are extremely inspiring.

How meditation could save your life
A nice article written by someone who feels that meditation saved their life. This is a great read for anyone starting to get interested.

The seven points of mind training
Here is a type of meditation that was made popular in Tibet and has now swept its way across the world. It is the practice called Lojong or Mind Training and it involves using short slogans to change the way you think about everyday situation. A very profound and simple practice that is used by every single Tibetan Buddhist Lama.

Meditation and cancer
A few years ago a dear friend of mine was diagnosed with cancer and during his treatment he began meditating as a way to deal with the stress. This article is about a study that has been done on cancer patients and how meditation might help them.

Blazing Splendor
This is an amazing blog written by a long time western student and translator of a great Tibetan Buddhist yogi. The blog is full of wonderful stories and inspiring resources that are sure to recharge the batteries of anyone interested in the practice of meditation.

If you know of any other helpful meditation resources please leave a comment with the link. I would really like to build up a large amount of information so people can just stop by and find something new to help them on their path to a quieter and more loving mind.

4 thoughts on “13 Meditation Articles That Could Change Your Life”

Meditation for Pain: How Meditating Can Reduce Pain More Than Drugs

Can’t Meditate? These Hacks Will Solve That

4 Guided Meditation Apps to Help You Get Started

How to Meditate at Work

A Look at Some Real Tibetan Buddhist Meditators