Leave a comment and tell us which habit annoys you the most or suggest a new one!

People can be pretty annoying at the office. There is always some chump who is bored of his work so he decides to distract other people. Here are the most annoying things that people do at the office.

The most annoying things people do at the office

1. Listen to music out loud
I always remember when I was studying for university exams in the library. I used to get so angry when people would hook their ipods up to the computer and play it out a loud with absolutely no regard for the other people around them.

Funny story – I remember one time a campus security guard came up to check on things and heard the music playing loudly. He walked up the person, stood in front of them and very calmly said “What the hell is wrong with you? Get out.”

I couldn’t thank him enough.

2. Loud talking on the phone
My girlfriend is a loudtalker. When she gets a phone call she always yells at the person on the other end. I hope she doesn’t read this because she often accuses me of doing the same thing. Either way, it is really annoying when someone yells over the phone and you cannot help but listen in.

3. Arrive late for meetings
This might be my father coming out in me but I get really annoyed when people arrange a meeting with you and arrive late. What’s worse, however, is when they do it all the time. If you are late for meetings all the time it shows that you don’t value other people’s time and it conveys a lack of respect.

4. Eat other people’s food
So you had a nice meal for dinner and you brought the leftovers for lunch at the office. You are trying to be healthy and not eat out for lunch but when you go to the fridge to get it someone else has already eaten some. Annoying.

5. Spread rumors
I don’t know about you but around the end of high school I got pretty sick of gossip. I got sick of hearing what so and so did and I got sick of talking about them behind their back. People at the office love to spread rumors even if they know it is going to hurt the person they are talking about. I think talking lies and gossiping is one of the most annoying things people do at the office.

6. “Borrow” money
I don’t mind shouting people lunch. I love eating with other people so if you are a few bucks short I will be happy to meet the gap. However, what is annoying is when the same person keeps asking for money all the time; money they never pay back. Similarly, there is always someone in the office who eats all of the group pizza and only chips in a couple of bucks. If you borrow money make sure you pay it back.

7. Ask for help they don’t need
How many times have you been asked to help someone out with a tight deadline only to see them typing away on Facebook or chatting in someone else’s office later that day. If you ask someone else for help make sure you need it and don’t abuse their kindness.

8. Send emails that threaten to kill your family
Have you ever got one of those chain emails that said that you whole family would die unless you forwarded it on to 10 of your friends? If you have then you will know how annoying they are. I am not superstitious but I, for some reason, cannot bring myself to delete them! Do me a favor, next time you get one of those emails don’t send it to me.

9. Post photos of me at work functions on Facebook
Everyone is on Facebook. And the annoying thing about Facebook is that groups of my friends that I would like to keep separate start to overlap. If you are one of those people who take photos of everything that happens in your life and then post them on Facebook the next day please make sure you ask the people in the photos if they mind being “tagged”. I’m not sure but I think it might even be a crime to do it without permission? (anyone know?) 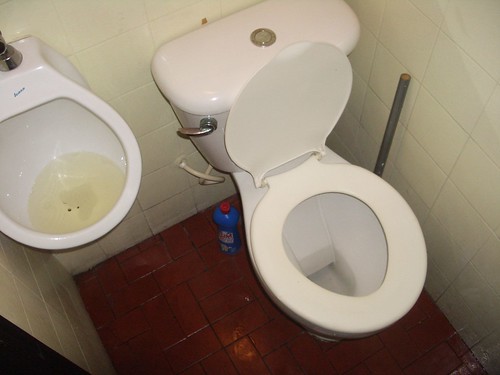 One thing I really don’t like is when you rush into the toilet stall to do your business and it is covered in someone else’s pee. Then I have to spend a minute or so wiping off someone else’s urine and covering the seat with toilet paper. Filthy!

Here is a rule you should all introduce to your co-workers – if you are standing up don’t use the sit down toilets. Use the urinal. That way there is little to no change your going to get it on the seat.

11. Not washing your hands
When I am in the bathroom with the other guys and I see them walk out without washing their hands I get pretty annoyed. We all have to share equipment; photocopiers, pens, coffee machine, fridge door, etc. This is not the 18th century. Wash your damn hands!

12. Ordering around seniors
This has never happened to me but I know of a guy who gets really frustrated when the juniors at his office give him orders even though they have only been at the firm for a few weeks. If you are new to the place then chances are you don’t know as much as you think you do. Even if you do know better, the act of telling people that you know better is pretty sad. If you want to make suggestions do it sparingly and with some class.

13. Bragging, boasting and general carrying on
Ever had a work mate who pulled off a big contract and then proceeded to remind everyone else of it for the next six months? It is annoying. People respect humble people… oh… and no one cares.

The reverse also applies. If you are a healthy person please do not go up to the guy eating a hamburger and tell him how evil he is. Lead by example, not by guilt.

15. Managers who over “manage” 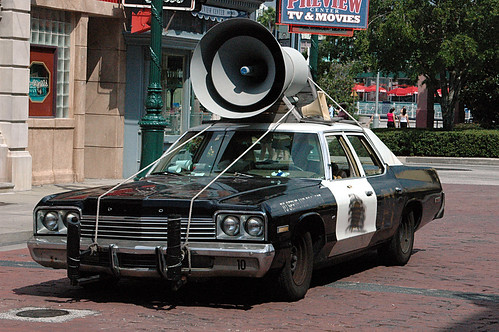 16. Chewing gum with your mouth open
How many packs of gum can one person fit into their mouth anyway? I am always really turned off by the person hacking their mouth away on a piece of gum so that everyone can hear it. The really annoying thing about sounds like chewing is that once you hear it you cannot cancel it out of your head. Even in a noisy office your ears will pick it up and listen in!

17. Taking credit for my work
Ever spent a whole afternoon working on a project only to have someone else take the credit for it? It is very annoying but at the same time it can be very humbling.

“Give all credit to others. Take all of others faults upon yourself. This is happiness.” – Shantideva

18. Making assumptions
My girlfriend often tells me how people treat her differently when they find out she hasn’t been to university. They think she’s dumb. She isn’t. She also tells me that people often don’t give her more “intellectual” tasks at work because she is a woman. It can be really annoying when people make assumptions based on your age, sex, marital status, race, etc.

Now its your turn! Leave a comment and tell us what is the most annoying thing that someone at your work does?

23 thoughts on “Work Jerks: The 18 Most Annoying Things People Do at the Office”

10 Ways to Save Money Fast When Facing a Financial Crisis

4 Self-Care Practices to Teach Your Kids

6 Movies You Must See to Learn About a Better Workplace