How You Can Defeat Cynicism and Become a Positive Thinker 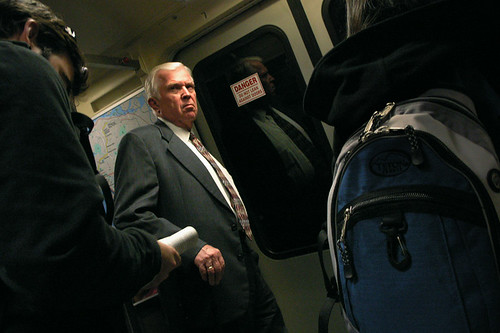 Do you assume the best or the worst? Are you filled with hope or are you filled with doubt? Do you think kindly of the people around you or do you judge their motivations? At times it seems as if the whole world is absorbed in negative cynicism. In this post I want to show you how you can defeat cynicism and become a positive thinker. It really isn’t that hard.

Before you can deal with anything in life you need to know a little bit about it. For example, if you want to know how to lose weight you need to learn what fat is, how you come to gain it and then methods for getting rid of it. The same is true of negative emotions and mental states. You need to learn what it is, where it comes from and then take the necessary steps to defeat it.

The main thing to notice about the definition is the presence of negativity. A cynical person will almost always choose to doubt, disbelieve or discredit, even when there is no logical reason to do so.

So why do people think and behave like this? There are many schools of thought on the matter – some regard cynicism as a personal defense mechanism whereby people prevent themselves from opening up to love and friendship for fear of being hurt. Others say it comes about due to a traumatic event that occurred in childhood and caused a person to “close up”.

To be honest, it doesn’t really matter what the “experts” say about the cause. The real task is to look inside yourself and find out why you are a cynic. Why do you think it came about? When did cynicism become a personal trait of yours? Why do you continue to think in a cynical way? You could study 1000 texts on cynicism for 1000 years but a single moment of genuine introspection will teach you so much more. Look into your own mind and find out why you are a cynic.

And don’t be afraid to be honest. Even if it hurts.

How to defeat cynicism and become a positive thinker 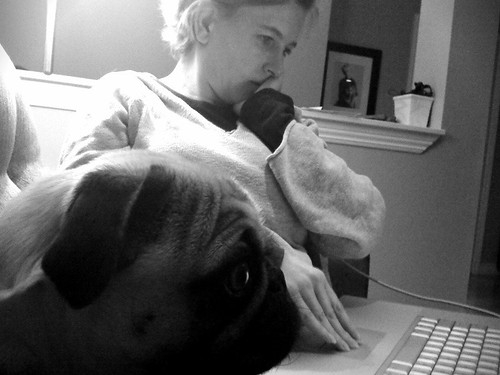 Let’s jump into the bulk of the article. Here are some super simple things you can do to get yourself on the path of positive thinking and away from those habits of cynicism. If you have anything else to add please do leave a comment as I would love to hear some of your suggestions.

It might take a while for you to recognize that you are a negative thinker. It might even take one of your friends or family members to wake you up to it. That’s fine. When you finally see it just sit back and think to yourself, “Wow. I can be cynical sometimes.” That is all you have to do for now.

2. Recognize each cynical thought
Once you have realized that you can be a cynic the task is to start realizing it more often. Think of this as a bit of a mindfulness meditation. The idea is to become attuned to your own mind and thoughts and start to become aware of every cynical thought that you have.

Let’s say, for example, you meet someone at a party and they start telling you about their life. Perhaps they are a real overachiever and are sitting there talking to you about all of their fantastic accomplishments. Now, the cynic in you will probably start to say internal things like “I don’t believe this guy” and “I wish he would shut up”. Try to become aware of those thoughts. Don’t do anything with them just yet. Merely becoming aware of them is enough. This is mindfulness.

Cynicism, in my opinion, is usually illogical. People who are cynics seem to think the worst about a certain person or situation not because they have evidence for doing so, but because they are in the habit of thinking cynically. For example, assuming that all Muslims are extremist terrorists is a cynical thought that is not based in any shred of logic. Just because a couple of unstable idiots blew up the World Trade Center in the name of Jihad, it does not mean all Muslims are like that.

When you use logic in this way you will almost always find that cynicism doesn’t pay. It isn’t helping you or anyone else to by cynical. Try it and see how you go.

The best way to make a choice is to make a firm promise to yourself. You need to find a quiet place to sit down and tell yourself that from this day onward you are going to do everything you can to be a more positive person. You are going to avoid cynicism and look on the bright side of life. Make a promise to do this.

5. Look at positive people for inspiration
Sometimes it takes a little bit of inspiration to move away from cynicism and negativity. For example, take a look Hollywood stars like Will Smith, Hugh Jackman and Oprah. These people are renowned for having positive outlooks on life. They are happy and they love helping people. They choose to see the good in those around them and inspire other people to do the same.

The same is probably true for your circle of friends. There will be positive folks and negative cynical folks. Try to become aware of how you view these different people. Now which side of the fence would you rather be on – the side that inspires people and makes them happy or the side that is constantly complaining, being negative and “hating” on others?

6. Focus on people’s qualities
The last method I want to give you is the one that has worked the best for me. It is the simple art of choosing to look at people’s qualities instead of their negative attributes. This is one of the best ways to turn yourself into a positive thinker.

After you have mastered step one and two you will become more aware of your negative thoughts. Once you can do this you will be able to start focusing on people’s positive qualities. For example, if you are talking to someone who has bad body odor it is tempting to start thinking about them in a negative way. But once you become aware of those thoughts you can turn them around. Instead of focusing on the bad smell why not focus on his nice smile, friendly conversation manner or gentle eyes? Why not focus on the fact that this person is probably a great father, brother or son?

If you can focus on the positive things in people you will soon start to see your cynicism float away.

Why cynicism can sometimes be good

To finish off this article I want to quickly mention the fact that cynicism is not always bad. There are situations and times when a bit of cynicism can get you out of a lot of trouble. Let me tell you a story.

Once when I was in Bihar in India I was approached by a guy I who I knew quite well but never really trusted. This man had been very nice to me over the years (I had visited Bihar before) and I had even eaten dinner with him. Anyway, this time the man came up to me and asked me to come with him to his house to have a meal with his family. On the outside he looked perfectly normal; well dressed, neat hair, nice smile, kind eyes. But I still didn’t trust him. I declined his invitation basically because I cynical about him. Later on that week I heard from another friend that he is in the business of robbing people and had been arrested many times for violent assault. He asks people to come to his house and then takes their passport, money and everything valuable. My cynicism turned out to be right.

You can tell whether cynicism is good or bad based on the result it gets you. For example, if you are a cynical person and you find that you have no friends, a bad job, poor social life and are generally unhappy then you could conclude that the results of your cynicism were bad. This is the type to avoid. If, however, you find that your cynicism helps you to avoid trouble then you can conclude that it is a good type. Make sure you learn the difference.

Cynicism and negativity can be turned into positive thinking with just a little bit of work. The question I am really interested in, however, is how many Daily Mind readers are cynics? Do you tend to look at life through cynical eyes? Leave a comment and let us know.

Types of Friends You Should Avoid to Enjoy a Peaceful Life

The Most Special Day of the Year?

6 Movies You Must See to Learn About a Better Workplace

The Dalai Lama: What Can He Show You About Peace at Work?

Why Ikigai Can Be the Secret to a Better Life

17 Simple Mantras to Get You Through Christmas Angst