Last night I went to have a hit of tennis with my younger brother. As he jumped in the car he said, “I have a present to give you” but wouldn’t tell me what it was. After the game we went back to his place and, upon walking in to his room, saw that his brand new super computer was packed up into a box. “I want you to have this,” he said. “If I you don’t take it I won’t get into medical school.”

In this post I want to talk a little bit about recognizing your personal faults and making changes that deal with those faults. I am writing this post on my new computer, inspired by my little brother’s ability to change his circumstances.

The story behind the amazing computer give-away

I want to give you a little bit of background to why my brother gave me this most generous present. Perhaps then you will see why I am so inspired by his strength of character.

My brother is 20 years old. He is currently in his third year of a Medical Science Degree and is now studying to sit an exam to get into Medicine. Medical school is his goal. It is his dream. It has been his dream since he broke his arm at around age 13 and realized how much his doctor helped and protected him. Ever since that fateful arm-break he has hungered to be a doctor.

My brother’s form of procrastination manifested as video games. It manifested as hours of online chess games, World of Warcraft and Counter Strike Source. He was constantly aware of how his love of video games was affecting his study but he was never able to completely quit them. Even though he had taken personal vows to quit the time wasting video games the draw and allure of the games always drew him back.

Now let me get something straight. This kid studies. He spends full days at University studying his texts and has been rewarded with some of the top grades in his class. Last semester he scored three High Distinctions and one Distinction and the head of school informed him that one of his papers would be used to show future classes how to write an excellent essay. He is smart.

But getting into Medical School is hard. Not only is it hard, it means a lot to him. He knows what his dream is and he doesn’t want to look back and realize that he failed to get into the school because he wasted time playing chess. So, last night after tennis, my brother gave me his computer saying, “I need you to take it. Use it better than I did. I don’t want anything getting in the way of my dream.”

Why my brother has inspired me so much

This kid is 20 years old. He is young. I know 50 year olds who don’t have the presence of mind or strength of character to recognize their faults and do something about it. Most people are either too self-absorbed or too proud to admit they have a problem. But last night my 20 year old brother gave away a $2000 computer because it was standing in his way. It was preventing him from attaining his goals. And it has inspired me a great deal.

What I respect so much is that fact that he saw a problem and he dealt with it. He was willing to give up something that meant a lot to him because it was feeding an addiction and wasting his time. Most people make excuses for their personal faults and addictions but my brother was able to stand tall and cut it from his life.

Why we should address our faults

One of the most amazing quotes that has ever been uttered was this one by the great Gandhi:

“Be the change you want to see in the world.”

All of us here at The Daily Mind are interested in helping people. We are all interested in compassion and love and meditation. We are all interested in personal growth. And the most inspiring thing you can do for another person is lead by example. Be the change you want to see in the world. And the only way you can do this is by recognizing your faults and taking positive steps to change them. This is the essence of all religions, spiritual traditions and ethical theories. Be a better person.

How to recognize your personal faults 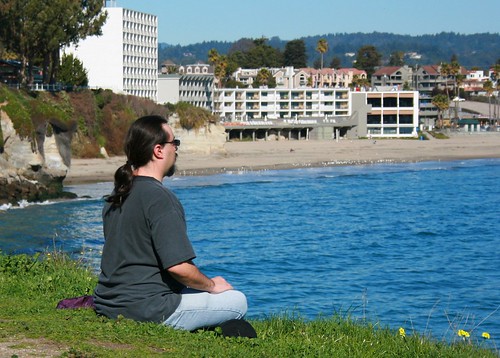 Inspired by my little brother’s example I want to give you all a few tips for how you can recognize your own faults.

Everything that you do in this world has a consequence. It is logic, science, truth. Every cause has a result. If you drop an apple it will fall to the ground. If you eat poisoned food you will get sick. If you continue to waste time you won’t achieve your goals.

Start thinking about your actions and the consequences of your actions. If you want to find your most grievous personal faults you just need to look at the results of your behavior. If good things come from the way you act then keep it up. If bad things result from the things you do then it is time to make a change.

2. Become aware of the results of your speech
This is exactly the same as point number one but instead of focusing on the body’s actions we are focusing on your speech. A lot of the time people are held back by their speech. Gossip, harsh words, lies. All of these are faults that can be changed.

Again, we need to look at the results of our speech. Do our words inspire and motivate people to good and betterness or do they make people feel small, ashamed or embarrassed? This is important. Speech is often overlooked by people who are interested in self development but it plays such a major role in our lives.

Try to become more aware of what you say, how you say it and who you say it to. See if it changes how you interact with people and whether or not they open up to you more. Look at people who have excellent speech – Obama, Lincoln, King Jr., Mandella, Gandhi – they have inspired and helped millions.

3. Listen
Listening is something that a lot of people claim to be good at but never really display their skills in. Listening is an art that needs to be developed. It needs to be honed. It is a skill. And when you learn how to listen properly you learn a lot about yourself and other people.

Let me give you an example. I have a friend who is an extremely angry person. I love this friend dearly but I cannot stand the anger. It makes me feel cold and uncomfortable and, although I don’t feel it is my place to say anything directly, I do try to give little clues to the fact that his anger is making other people feel squeamish. Of course, he rarely picks up on these clues because he is not a very good listener.

When you learn to listen really well you might start to become more self aware. This will enable you to find faults that you might otherwise have missed and as such provide you with an opportunity to work with them.

Please, however, do not take this to the extreme that some people do. Do not become worried with every little thing that people say about you. Listening is intended to be a tool that allows you to grow as a person. If it is doing the opposite then you need to abandon it.

How to change them

Now that you have a few methods for recognizing your own faults I want to talk about how you can change them for the better. This step is the most important but it is also the hardest. Some strong determination is needed.

1. Be brave
The first thing that hit me about my brother’s gift was how brave it was. He was giving away an object that was basically the center of his world. He had saved for a long time to buy this computer and now he was giving it away because it was holding him back. It was extremely brave.

Sometimes to make changes in your personality you need to be brave. You need to be able to overcome the fear of change and do it because you know it is the right thing to do. When you are brave you are able to do so many difficult things. And one of the most difficult things you can do is attempt to change yourself for the better.

For example, if you have recently recognized that you are addicted to procrastination and are taking steps to rectify that problem you can reasonably assume that you will get certain things. In my brother’s case he was expecting that he will study more and hopefully get into Medical School. But the logic works for any area. If you are dealing with anger you can expect to become more loving and obtain more friends. If you are dealing with stress you can expect to become more relaxed and peaceful.

Recognizing your personal faults and changing them is not easy. It is hard work and it can, at times, be extremely painful. But the end result is always worth it. Everything in life that is worthwhile doing is difficult. The same is true of this. Thank you little brother for reminding me that it is possible to change even the most deep seeded habits.

Ethical Dilemma #3 – Would You Say Something?

Are You Suffering From Childhood Emotional Neglect? [Quiz]

How Peers Can Help First Responders in Need of Support

8 Attitudes to Develop to Have a Happier Year Ahead