History’s Great Speeches: How to Make Work Presentations and Speeches Like the Greats Giving a speech or presentation can be scary. You have a few moments to convince a room of strangers to buy your product or get them to trust what you are pitching. But there is hope! History has shown us many ways to give a truly great speech – a speech that goes “bang” in people’s hearts and minds.

In this article I want to look at a few of those great speeches and talk about how you can give a work presentation that hits the point and makes an impression.

1. Martin Luther King Junior: I Have a Dream

Connect with the audience’s emotions and repeat the message

In 1963 Martin Luther King Junior gave what is probably the most recognized and famous speech of all time. It is a speech that changed the nation forever and burned its way into the memory of millions of Americans. How did he do this? He connected with the emotions of the audience. Take a look:

Martin Luther King uses the phrase “I have a dream” to rip his way into the hearts of his listeners. The dream he speaks of is, in fact, the same dream of everyone listening – this is why the speech is so emotionally powerful. I challenge anyone to watch this clip and not shed a tear. He is speaking directly to the innermost sanctum of the human heart. He is speaking about human experience, love, parenthood, freedom – these things evoke emotion.

If you want to make a great speech you need to connect to the emotions of those listening.

Make sure you have some repetition in your speech. If you say something once people will forget. Say it twice, people will remember.

2. John F. Kennedy: Inaugural Address (Ask Not What Your Country Can Do For You)

Volume is a very important part of a great speech. If you use volume correctly you can draw your audience’s attention in or you can emphasize a point. A whisper can be just as powerful as a shout. Kennedy increases his volume at the key points of this speech and as such forces people to pay attention.

The next thing Kennedy does in this speech is evoke people’s imagination. Instead of simply stating a bunch of facts he asks questions that challenge people’s ethics and sense of history. He challenges them to be great like the heros of the past.

Finally (at around 4 minutes into the video) he says in a loud voice, “Ask not what your country can do for you. Ask what you can do for your country”. This is a magnificent way to engage people’s imaginations and loyalties. A stark difference to Bush’s “You’re either with us or your with the terrorists” speech. Take a look:

One of the most inappropriate comedians of all time addresses one of the great Universities. It might not be one of history’s finest speeches but it was absolutely hilarious! Take a look at Ali G giving a speech to the graduating Harvard University students:

It is important to use humor when giving a speech or presentation as it gets the audience on your side and it helps them to relax. Humor also makes people warmer and opens them up to new ideas. However, when used badly, humor can work against you. There it nothing more awkward than seeing a very unfunny person trying to be funny. If comedy is not your area then you should not try to be funny. 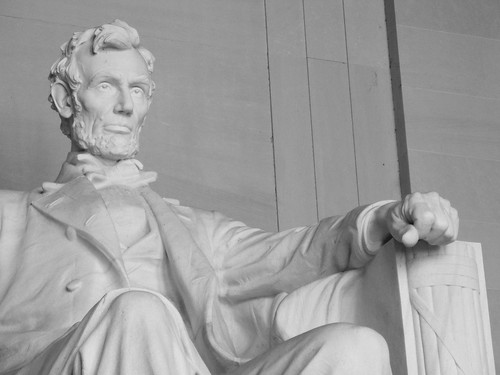 The most famous speech in American history was only 269 words long. It started with the iconic phrase “Four score and seven years ago…” and ended within two and a bit minutes. Prior to that speech another great man called Edward Everett gave a speech that lasted two hours. No body has ever heard of it.

Find your most important points, hack away the unessentials and then refine it some more. Make your speech short and to the point and resist the temptation to add padding that you don’t need.

In 1974 Ali gave a press conference with Don King that produced some of the most famous sayings in sport. It was in the lead up to the big George Foreman fight and Ali wanted to make sure that everyone was paying attention. He uses poetry, meter, humor and volume to engage the audience and take a boring press conference to new heights. Take a look:

The audience is more likely to pay attention to what you are saying if you are entertained. If you are trying to sell them and idea or a product you need to make sure they are smiling and receptive, not switched off and bored. Some of the best lectures I had in University where when the professor based the class around a story, controversy or humorous anecdote that kept the students entertained. It is important to do this at any speech.

The real lessons come from watching the greats give speeches but there are a few final points I would like to share.

Does anyone else have anything else to add?

10 thoughts on “History’s Great Speeches: How to Make Work Presentations and Speeches Like the Greats”

5 ways to turn your stress into success

How to Make Incense with Fresh Flowers and Herbs

6 steps to a better night’s sleep

When Things Get Financially Rough, What Do You Do?

How to Eat Cheap and Healthy at Work Everyday

How to Beat Depression: 5 Counterintuitive Ways