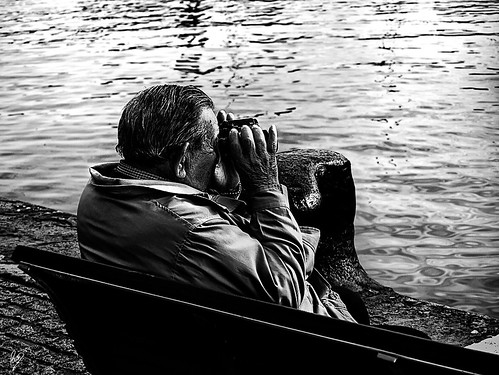 “All of us who are worth anything, spend our manhood in unlearning the follies, or expiating the mistakes of our youth.” – Percy Bysshe Shelley

It’s the 1940s and our man, now just a small boy, is growing up in a middle class family with a bunch of brothers and sisters. Mom stays at home while dad goes to work. He brings home a very good income. Our man, still a small boy, is smart, athletic and showing a lot of potential. Everything is going swimmingly. As he grows up he plays sports, studies hard and looks after his siblings. Around age 14 his mother gets sick. A year later she is dead. Everything begins to fall to pieces.

A new mother
Within the year his father had remarried and this woman brings along two children of her own. She hated our man (now 15) and his brothers and sisters. She wants their father all to themselves. She does whatever she can to make their lives miserable; manipulated them against each other and against their dad. The father is too busy to notice that anything was wrong, he is absorbed in his own misery, too focused on diluting the grief with work. The things she did to our man would, these days, be classified as physical and emotional abuse.

At age 16 our man sits his final school exams having been skipped ahead a year due to his exceptional mind. He heads home happy in the knowledge that he will get a place at University in any course that he wants. He has done well. He can’t wait to see how proud his father will be. His wished his mother was there to see. As he walks up the darkened street towards home, bathed in moon and street light, he can see two box-like figures on his porch. What are they? As he gets closer he realizes they are suitcases. On top of the first one is a note from his step mother, “I have packed your things. Time to move out. Don’t bother coming inside“.

Un-Coping
This stage of his life is called un-coping. In reality, it probably extends well beyond the initial grief and lasts until the day he dies. He never really gets over the loss of his mother. He wasn’t taught how. There were no goodbyes, no post-death counseling sessions and very little support from his father. It was the 1950s and 60s and no-one talked about emotions, feelings or how to deal with a loss. You just got on with it.

So that’s what he did. He got on with it. He got on with drinking alcohol and gambling. He got on with meeting lots of women. But none of them dulled the pain forever and none of the girls replaced his mother. They didn’t even come close. Our man, now in his twenties, fell into line and joined the family business despite having dreams and aspirations and the ability to do other things. He did what his father told him to do, even when it wasn’t in his best interests. He never really learned how to be his own man. He was still un-coping with his tumultuous childhood. Perhaps by joining the family business he would win the attention of his dad.

Replicating the disaster
This stage of his life is called replicating the disaster. We might call it “having a family”. Having met a beautiful woman he decides to propose as soon as he can. She accepts the proposal, seduced and infatuated with his charm, wit and tendency towards popularity and success. Completely unaware that his drinking and gambling were becoming an issue, they have two children, one after the other and settle down in the suburbs.

Barely a week goes by where our man doesn’t fight with his wife. Occasionally they fight in front of the children. If they manage to conceal the arguments, the kids would notice the upset mother and the absence of the father. He was at the pub putting money into machines or on horses. Everyone knows it. Soon work colleagues and family friends know it. Our man has developed a reputation around town as a drunk, a gambler and a womanizer. His wife is, of course, the last to find out.

Quite unconsciously our man pushes his loved ones away. He would ignore them when he had free time and make himself busy when he could. His arrival home from work would be characterized by the shutting of doors, children heading to their rooms to bury themselves in books and video games, finding any way to escape his foul breath and poisonous attitudes towards immigrants on the news, stories of his work mates and clients and, above all, women. At an early age his children learned that he was no role model. It was a lesson they never un-learned.

Alone again
This stage of his life is called alone again. If we are really honest, however, we might call it “still alone” because it was not like he ever really connected. But, the wife and family get tired of the gambling and the drinking and they pack up and leave. Our man, now in his 50s, moves back in with his father as the gambling had made renting a place too financially difficult, despite a $100k a year income.

Occasionally his kids stop by to see him, mostly to assuage their own guilt. These visits got less frequent however as the constant complaining and blaming of others grows too suffocating. Our man has, for all of his life, blamed others for his faults. Every weekend at the races was the fault of an inattentive wife. Every night at the pub was the fault of a slow-to-pay client. Every mistake was that of someone else.

How does it end?
And though our story ends, our man lives on. Alone. He has girlfriends, quite a few, actually. But they don’t stick around. Today’s women are too intelligent and independent for that. His children still visit him, three or four times a year. Normally they see a movie so they don’t have to talk to him. The darkness of the cinema works well for our man too, he doesn’t have to look at how grown up his children are, how much he has missed out on.

I can’t help but wonder how it will end. Will our man ever beat his demons? Is he ever going to be able to look in the mirror and recognize his faults? How long can a person hold a grudge against their mother and father? How long can he blame them? Most of all I wonder how our man can continue to engage in the very activities and habits that have caused him ruin. A life of great potential, blamed away, day by day.

That is my story, about a man.

Self-Care Tips To Heal Yourself After A Painful Breakup

Why A Spiritual Retreat Is Essential To Your Well-being

Can Vulnerability Strengthen Your Relationship?